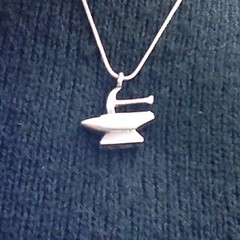 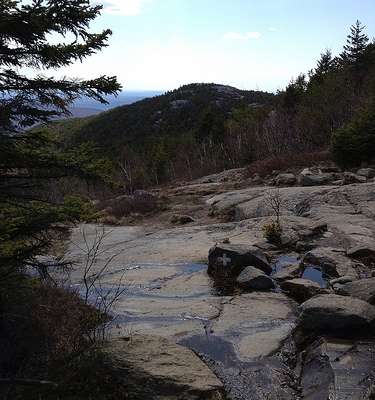 Migraines and Monadnock: Healing on the Mountain 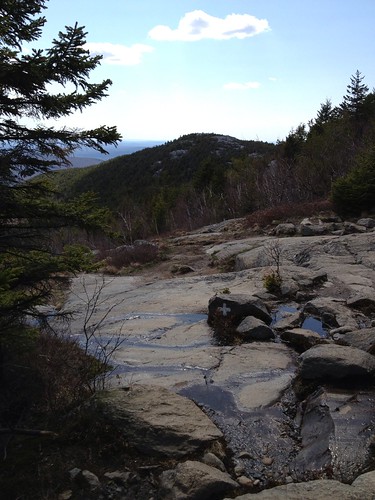 Hard-won healing on the mountain.

While this experience dates back to April of 2013, the fall out from my pilgrimage to Monadnock has reached to present day. It’s proof that healing comes in many forms, not all of them immediately evident.

As some background, I’ve been getting migraines since I was nine or ten years old. These aren’t just “headaches,” these are full-blown neurological storms that often would leave me half-blind, numb, vomiting, shaking with chills and speech aphasia for hours at a time.  Sometimes the symptoms were so bad that I was thrown into a trance state (probably one of the reasons that to this day I don’t find journeying particularly difficult).  No medication worked, the few I tried just made things worse; dietary changes would sometimes help lengthen the time between migraines, but depending on the time of month, barometric pressure (not kidding), and stress, these were also largely ineffective. Eventually, I gave up trying to find a cure and learned to live with them, crawling under piles of blankets in a dark room and praying for it to be over.

Of course my mind struggled through the usual thoughts: “what did I do to deserve this?” “why me?” and in my more emo moments, begging and bargaining with the migraine itself, as if it were some sort of wrathful deity whom I could appease.  I grew to hate my body for betraying me. The only upside of the migraines was that they always came once whatever stress I was under was over and done with. So, they never came on during finals, but in the first few days of vacation after the semester had ended. I suppose that was one bright side, if it could be called that.

Now, what does all of this have to do with the mountain?

Our family spent the morning hiking up the white cross trail on Monadnock. It was my 3-year-old’s first big hike (with a lot of help from mom and dad!). We had just finished our lunch on the summit and I was feeling joyful and relaxed, in love with the view…

The rock I was standing on disappeared from my vision. So did my child’s face. The sun was too bright.

I had a full blown migraine. And a two hour hike back to the car.

I decided to push through it–we really didn’t have a choice.  I ended up sliding down most of the mountain on my butt. I must have drunk two liters of water on the way, and the rest of the family helped me out over the difficult parts until my vision cleared.

And you know what? It was the easiest migraine I’d ever had.

I mean, I only threw up once as opposed to the usual eight to twelve times. I had almost no headache. And the blindness cleared in about twenty minutes as opposed to lingering for hours.  It was an amazing breakthrough.

The next time I ended up with a migraine, I decided to try to recreate the conditions that I experienced on the mountain. I pounded a liter of water, then began doing kung fu, push-ups, turning the compost pile–whatever I could think of to exert my body.

I’ve now been doing this regimen for over a year now. I’ve been able to reinterpret the migraine not as a curse, but as a signal from my body that it is dehydrated or has a build-up of toxins due to lack of water.  (In fact, I wonder how many other folks attribute headache relief to aspirin when in fact it’s the glass of water taken with it that might be doing the trick?)  It has gotten to the point where I can be about 90% functional with a migraine–I even played fiddle for the Maypole this year with one. This all would have been next to impossible before the Monadnock experience.  After 25 years, I finally have an answer.

Today, I praise that mountain, and what it taught me.

To listen to my body.
To push though my illness.
To keep hope and wonder at the infinite possibilities in the world.