Whew, it’s been a couple of weeks of crazy prepping for and going to the annual OBOD East Coast Gather. There was more than a little bit of crafting overdrive between finishing an item for the silent auction, random ritual paraphernalia (painted stones, hag tapers), and making sure all the labyrinth supplies were packed.

Bear journal for the silent auction.

Hag taper, lighting the way from Bard to Ovate.

Sacred stone WIP (not posting the final, well, because, reasons).

Better bloggers than I (John Beckett, A Druid Way) have done excellent rundowns of the individual events of ECG, so I’ll not tread that ground again here. My experience of this year’s gathering can be summed up in the words “kindness” and “community”.  There was an overwhelming amount of kindness: from Damh the Bard, who took time out of his busy schedule to play music with the kids, to John Beckett, who was willing to let me chew his ear off about polytheism and my Lady of Birds and Horses, to the young woman who kept an eye on my son so I could help with the Ovate initiations.  A harvest of kindness is something to be proud of, indeed.

On the community end of things, earlier this year I came up with a slightly nutty idea of creating a labyrinth for folks to walk (more of this story may show up in the Order’s magazine, Touchstone).  I probably could have done the whole thing myself; the beautiful thing was, I didn’t have to. The labyrinth was formed by over 330 LED color-changing tea lights, which had the (hopefully!) fae and fanciful effect of shift color and pattern as a person walked the path. Once the seed pattern was set, a small group of folks gathered to stuff candles into paper bags while the kids gathered up pebbles to keep them weighted down. Then, every night, a flock of volunteers descended to turn on the lights, and in the wee small hours of the morning, another crew gathered to turn them off.  None of this was officially organized. It was an outpouring of spontaneous community spirit which was humbling to behold.

Every year it’s hard to leave Druid Camp, as my kid calls it. But far better to be sad at the parting than to be excited to leave! Next year, we won’t be having any guest speakers. We’ll be able to dig deep and focus on each other’s wisdom, and twine our roots more deeply across this land. I can hardly wait!

Druids training within OBOD are encouraged to document their experiences by creating some sort of physical journal. In fact many mystery schools coming out of either the Golden Dawn or grimoire traditions encourage the keeping of written notes about one’s spiritual and magical practice. (And actually, if one wants to note small irony, the inquisitors and witchhunters also were encouraged to keep diaries of their observations.) Even as far back as the PGM we find spell formulae being written down to preserve them and pass them along to other seekers.  In the West, at least, the written word is a cornerstone of preserving our esoteric and occult heritage.

However, on more than one occasion it has occurred to me that keeping a dairy can be a dangerous thing.  What were once meant to be private experiences, or only meant for the eyes of other like-minded people, can fall into the wrong hands.  Or, if not the wrong hands, hands that don’t know what to do with them.  Paper trails and documentation form the basis for our society, from legislative to judicial activities.  If it was written down or otherwise recorded, it can potentially be used against you.

Now in the age of the Internet, the diary has taken on a new, more public form: the blog.  This brings with it a whole new set of hazards. Not only are one’s thoughts potentially out in the open for everyone to see, but there is an undeniable risk of ego inflation and celebrity-seeking that one to simply not have to worry about with a private, physical journal.

In addition, there is the phenomenon of various subcultural blogospheres: the pagan blogosphere, the polytheistic blogosphere, the peak oil blogosphere, etc. Probably one of the most critical threats blogging poses to original thinking is constantly exposing the writer to confirmation bias. People tend to seek out like-minded folks – in and of itself not necessarily a bad thing – but time and again small, cliquish echo chambers are created around two or three forceful personalities who inadvertently begin to dictate the tenor and subject matter of what is or is not spiritually and socially significant.  I begin to think that I should be writing about whatever XYZ Topic the big-name-pagan-of-the-week is ranting about, when really, most of the time, I couldn’t give two figs about the latest online pagan community kerfuffle.

Media fasting is a concept I was first exposed to when I did an Ayeurvedic cleanse back in 2007. While I’m not sure I want to experience the “nothing but juiced greens for 21 days” again, the notion of separating myself from the constant drone of popular and news media has proved quite a useful tool.  I don’t read blogs except for Friday nights when I’m at the pub, and whatever I’m able to read in that time I get to, and anything else I pass to the trash bin.

There’s also something to be said for eschewing the entirety of the blogosphere and plumbing one’s own depths for inspiration. Over the past several months, instead of trawling the Internet for ideas I return to my little book of Ovate field notes. Once a week or so I go through and highlight potential blogging topics in yellow, spiritual observations in pink, and observations about the natural world in green. Then I make a series of seed drafts within WordPress that I can come back to and play with at a later time. I love how this has helped keep my writing on track and true to me. (I also love how it lets me indulge in the luxury of my own handmade journals and a fountain pen.)

Only being able to speak for myself, as a blogger I do find myself craving “likes.” This ain’t healthy, folks.  It becomes an obsession rather than a metric. With that in mind I’m actually going to remove the “like” button from my blog posts.* I find myself increasingly irritated that a post which took hours of research or creative struggle gets only a little notice, while a flippant statement with the intellectual and emotional rigor of “I like cheese!” garners an avalanche of little WP stars. It’s very easy for me to fall into the trap of people pleasing, and an abundance of likes definitely feeds into that character trait – whether or not what I’m writing is what I want to be writing or should be writing for my own path and truth.

You don’t need to depend upon Internet echo chambers for inspiration. Just go out and sit in the sun, listen to the gulls, and taste the salt of the sea. Awen flows in the quiet spaces between, if we let it – not in the incessant static buzz of the blogosphere.

*Comments are always welcome, and I love engaging people in discussions, so please do continue to drop notes about posts that move you for whatever reason. 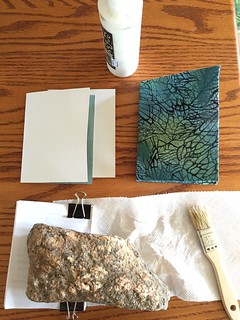 One of the most useful skills I’ve acquired in the Ovate grade, is that of making my own journals. I never considered myself a particularly consistent journaler, but now looking over my work not only during this grade, but in the Bardic grade, and even back to college and high school, I’ve written a fair amount.

Like most teenagers I started writing/journaling about every day occurrences. My English teacher senior year made journaling part of his curriculum. We had to do one entry a week, and if there was anything that we wanted to write about that was too private, he told us to tape the pages together. It was not only an excellent exercisein consistancy, but in trust as well. I’m happy to say he never broke it.

I found though, that I’m not a particularly consistent journaler when examined over the course of years. However, I am very consistent for very intense periods of time, such as when I was on a dig in Wales, or interning at a museum in Greece.

Like most spiritual practices today, OBOD greatly encourages keeping a record of your  journey. In an early lesson, there was a gentle suggestion that if you have trouble finding the perfect journal for your Ovate work, you might consider making your own. And of course, the opportunity to derail my studies by learning a new craft was irresistible!

This brings us to yesterday. I had finally filled my second little book of ovate fieldnotes, so it was time to make another. My technique is a mishmash of various instructions gleaned from the Internet (I actually did a practical class in this sort of bookbinding for ECG one year). It works pretty well for me, however, and is exponentially less expensive than mass-produced journals. 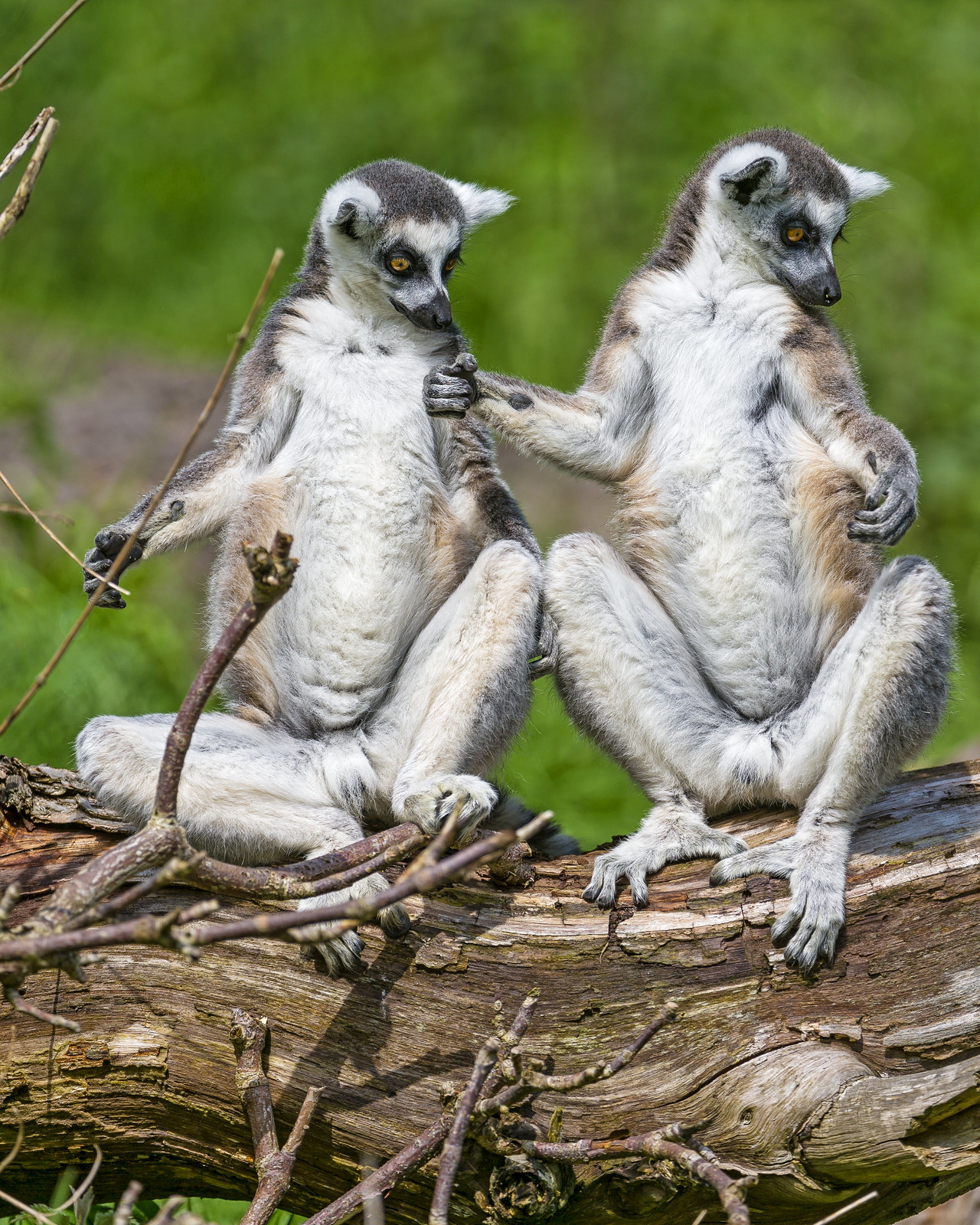 9 Things I Love About My Grove