Peace in the Time of Towers

The subject of peace is a tricky one.  Peace, or frith as the Heathens call it, is foundational to Revival Druidry, born out of the conflict between Welsh and English.  In Iolo Morganwg’s “Call for Peace”, peace becomes a verb.

Ideals of peace cannot be an excuse for cowardice or avoidance.  The call to peace also does not abdicate one of responsibility to defend the helpless.  Listening to victims, believing their stories, letting them be vulnerable in their pain–these are all acts of peace and compassion even if they feel almost violent in the moment.  Understand that anger and fear are not antithetical to peace, but must be worked through and acknowledged before healing can begin.  Hold peace, preserve the space where conflict and disagreement can be aired and solutions can be woven from the ashes of difference.

Peace is not the easy road, and it does not mean a life free of aggression.  It does not mean avoidance of conflict or withdrawal from the world.  Indeed, an intimate knowledge of physical violence is helpful to understanding peace, and just how dear its price can be.  I practice a style of northern mantis Kung Fu.  It is a martial art, an art of war, an art of harming others no matter how much some might want to pretty it up as “self-defense”.  The notion that I would allow family to be harmed in the face of a physical attack is ludicrous.  If I have the means to keep them safe, I will.  I value their lives above my own ideals of non-violence.  If I’m brutally honest, I value my own life above that of an attacker.

Yet it is not a choice to be made lightly.  Every time we stand in front of the altar in the training hall, we repeat an oath: patience and control. It is quite literally the Chinese character for fire flipped upside down.  A fire banked and fully mastered is a useful tool that we control rather than the other way around.  What could be more fundamental to the fostering of peace than complete agency over one’s own violence?

This sigil is formed from the intent “Peace for Paris.” Please feel free to use it in your own peace-focused work should you wish. 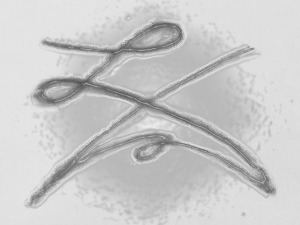 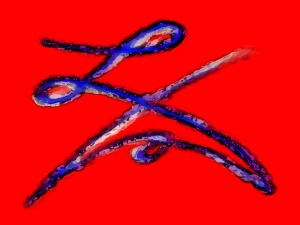 Deep within the still centers of our beings, may we find peace.

Silently within the quiet of our groves, may we share peace.

Gently, within the greater circle of humankind, we will radiate peace.

Many of my childhood summers were spent in France, Paris in particular. My father was a history professor, and while he did research in les archives, my mother and I would explore the city. Playgrounds, museums, cathedrals…we walked Paris and I loved it.  It is indisputably a city of beauty, of light, and of love.

Today I’m afraid. I’m desperately afraid that today’s attacks in Paris are a tipping point. Like the Archduke’s assassination. Like Pearl Harbor.  I’m afraid the world is going to burn, falling like ashes from the the slavering mouths of nationalism, racism, hatred, and fear.

I desperately want to be wrong.  I’ve never wanted to be wrong so badly before in my life. And it’s up to each and every one of us who would claim the descriptor of “druid” to make sure that I am wrong. After the shock of tragedy passes don’t fall prey to the divisive sectarianism that will inevitably follow. Remember that peace is the purview of the druid. We may not be able to stand between armies as the druids of old did, but we can remind our friends and neighbors and family of their own humanity when media and politicians would whip them into a hateful frenzy. Pray for peace and make it manifest in your words, your conduct.

Prayers are verbs. So speak peace. Craft peace. Do peace. Throughout your communities and throughout the whole world.

Charge of the Crone 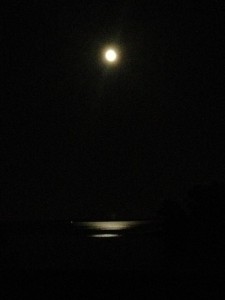 One of my coworkers left in tears today.  She was faced with an incredibly difficult decision: her 14-year-old dog needed emergency gallbladder surgery.  For $7K.

As Americans, we don’t deal with the deaths of our animal companions any better than we do our human friends and family. We don’t deal with death well in general. Either we fetishize death in the realms of the imagination, or segregate the dying when confronted with reality.

One of my jobs is working with the elderly to help them pay their bills on time. To date, two clients of mine have died (it’s something of a hazard in this profession).  When my first client, K, was dying, I tried to spend as little time with her as possible.  Simultaneously scared and ashamed, I tried to visit when I knew she would be at lunch so I wouldn’t have to face that undeniable mortality.  I’m not proud of that.  And I still couldn’t escape the trappings of death–a carpet so soaked by urine and rug shampoo that it never dried, the unrelenting beeping of monitors, and her ever weakening handwriting in the notes we left each other.  We left notes because I wasn’t there.  Because I was too scared to be compassionate and hold her hand when I could have.

I’d like to think I learned from that shame. When another client, E, and her family decided on home hospice care, I resolved to do better, be more present than I had been with K. And watching E die, seeing her skin become more and more translucent, be unable to chew, to be beset by vertigo such that her only comfort was if someone was holding her hand–somehow E made it oddly graceful.  And humorous (she decided the perfect April Fool’s joke to play on the hospice nurse was to stop breathing).  E was 97 when she died, only a few days after her big birthday bash. She died with her family around her, and if there is such a thing, I would say she died well.

We’re scared of death, both for ourselves and our animals. In many ways, saying goodbye to a beloved pet is an even harder decision. A dog can’t tell you it wants a DNR; a cat can’t opt out of chemo. Human companions are faced with decisions that are emotionally and financially exhausting, often times for very little change in quality of life. A neighbor just had plates put into their dog’s spine, to try to give him a year or two more despite ongoing vertebral degeneration. The dog’s feet bleed because he can no longer lift them. He has trouble defecating. He’s afraid to walk outside. Is this now a life worth living?

Death is probably never going to be a big topic of national conversation, not the way abortion or voting rights are. Amongst the elderly there are some whispers about hospice, resuscitation orders, sometimes euthanasia.  Those who have spoken with their families and made their wishes known have a much better chance of getting to stay at home. Advocacy and communication is so important, and it’s something very few of us ever want to think about. In my opinion, everyone should have a chance to be a “bride” when they die, to have their perfect deathbed day. Meanwhile, pets depend on us to make that decision for them and we must ensure that when we make that choice, it is in their best interest, not ours.

When it comes down to it, love is love. And death is death. Greet death with love and help our families of flesh, feather, and fur face their dying days with open arms and overflowing hearts. It’s hard work and it’s important work. You won’t regret it. Victory gardens first became “a thing” back in World War I and II. The name evoked the struggles occurring “over there,” and what people back home could do to aid in that conflict. One of my earliest memories is of a poster that my uncle, a WWI historian, had hanging in his dining room.  It showed an enormous basket overflowing with produce, boldly stating “Food IS Ammunition.”  Something like 8 millions tons of food was produced by victory gardeners, by some estimates 41% of the vegetables consumed at the time.

Eventually, victory gardens fell out of fashion, and growing your own food was a sign of poverty rather than patriotism. Then in the 1980s, WGBH Boston ran a series called Crockett’s Victory Garden. This along with the Joy of Painting (“happy little trees!”), was a Saturday afternoon staple of my childhood. Mr. Crockett led viewers through the basics of growing all sorts of vegetables and fruit at home. It was a great introduction to gardening, and I still frequently refer to his planting timelines in my very dog-eared copy of his companion book.

Unfortunately, Mr. Crockett’s methods were less than organic. He advocated the use of 5-10-5 fertilizers, as well as excessive soil augmentation with peat moss. Compost was mentioned for sure, but not in the amounts that most organic gardeners today would recommend.  Our understanding of soil biology and species interdependence has increased greatly over the past 30 years, casting a very different light on what used to be time honored practices.

Still, I think Mr. Crockett’s message of growing your own food not only for survival, but for pleasure was an important one.  I know in raising my own son, I very much want him to understand where his food comes from–both animal and vegetable.  To this end, we help raise chickens as well as encourage Hufflespawn to work with me in the community garden. The child who will not eat tomatoes in a restaurant has no problem plucking them off the vine and munching on them while we’re out in the garden.  It’s one more example of how the food that we get from the supermarket is so inferior to what we can grow ourselves.

Now we find ourselves in another era where gardening is becoming not just a hobby, but a necessity. With rising food costs, many people find that being able to provide one’s own vegetables can greatly decrease grocery bills. In addition it reconnects us with the land in a vitally important way. I’m not a big fan of declaring war on anything (look where the wars on drugs and poverty have gotten us), but seeking victory in the realms of nutrition, self-sufficiency, and land-connection is surely a worthy goal for its own sake. And I do think it’s possible to declare a victory without ever declaring a war.