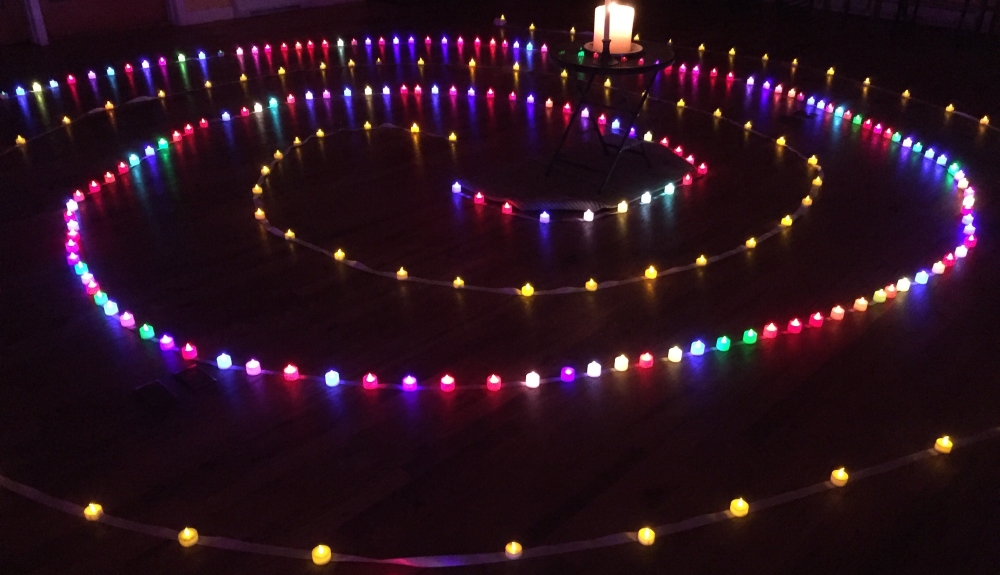 “Next…Eros, fairest among the deathless gods, who unnerves the limbs and overcomes the mind and wise counsels of all gods and all men.”
–Hesiod, “Theogony”

“As they whirled together, faster and faster, fire kindled a spark of life within the ice.  An enormous, ugly shape rose roaring from Ginnungagap.  It was the frost giant, Ymir, first of the race of the jotuns.  At his side, a hornless ice cow came mooing from the pit.  Together jotun and cow lived on the rim of Ginnungagap.”
–D’aulaires, Norse Gods and Giants

“And as She looked into the curved mirror of black space, She saw by her own light her radiant reflection and fell in love with it.  She drew it forth by the power that was in her and made love to Herself…All began in love, all seeks to return to love.  Love is the law, the teacher of wisdom, and the great revealer of mysteries.”
–Starhawk, The Spiral Dance

Void, as One, has recognized herself, and in that recognition there are Two. The second, by its nature, is now separated from the One; thus Two is the source of all further differentiation of the One.

As each studies the other they are drawn together. Gazing at one another, One cannot help but see something of herself in Two, and likewise, Two also sees something of himself in One. Two and One find they complement each other perfectly.

And from this union Three is born.

This year, Lover’s Night coincides with the Longest Night.  A time for union, to be sure. A time for the meeting of minds, of hearts, and of holding each other through the darkness.  Our acts of friendship and kindness shine out through the warmth and wet of this year’s Winter Solstice.  These are the hearthfires of the heart that sustain us year-long.  Whatever darkness has drawn over us in the past year, this night is the reaffirmation of the light of the human spirit, that our lights joined become the greater light, an inferno of stars living and loving on this tiny blue ball of ours.